We needed a website that provided simple event information on one page. We believed the majority of our users would access the site at work, so we wanted to make it as quick as possible to get the needed information. The original site lacked database support so Flash was used as the main vehicle for event navigation. As we quickly grew, the need for database support and a more dynamic site grew. the redesign kept the general feel intact but simplified the featured and co-featured event navigation. Event information became much more detailed and expandable and an administration page was created. The usability of the website was paramount since the site is the basis for the business. Users can effectively get any information they need on the site in two clicks or less.

We were the first website in our city to have a music player, photo viewer, and video player (Urban Scene). These were all designed and developed from scratch using Flash before easily available plug-ins became popular.

Experience the website (2005 - 2007) (Uses Flash)
*note: The UrbanStarr is no longer operational after a successful 7 year run (2002 - 2008). In that 7 years, The UrbanStarr underwent two redesigns. The link below represents a limited version of the most recent design without database functionality. The 'Events', 'Venues', & 'Restaurants' pages do not work due to database requirements. 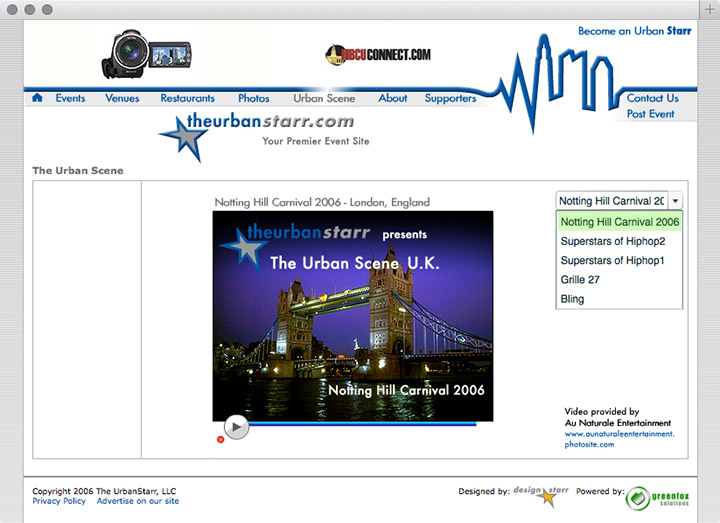 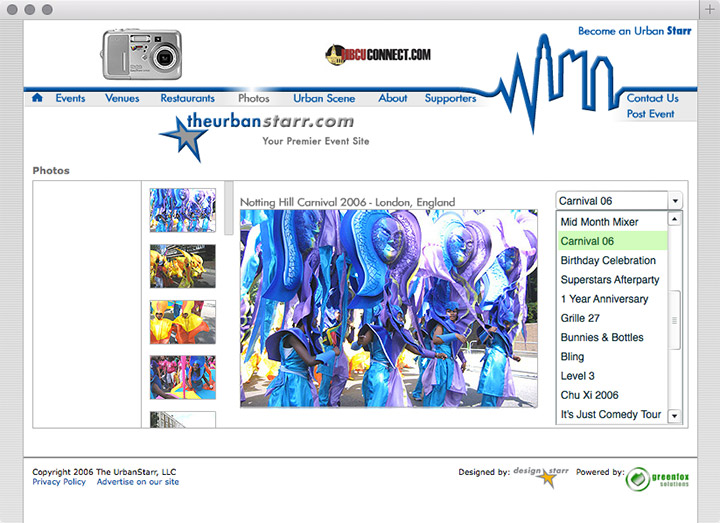 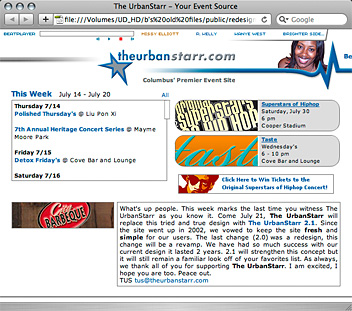 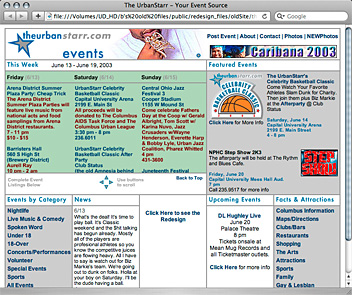